One Rhodes College student’s reflections on this moment — and what comes next.

On March 11th, Rhodes College followed the lead of other institutions nationwide and made the decision to switch to online classes following an extended spring break. Though this was expected, it’s still crazy to me how quickly things have moved. The days are painfully long without classes. For three-and-a-half years my daily routine had been to wake up and go to class, eat lunch with friends, go to work at my on-campus job, then come home. I never thought about the impact that the cancellation of classes would have on my life until I had been sitting at home for three days. 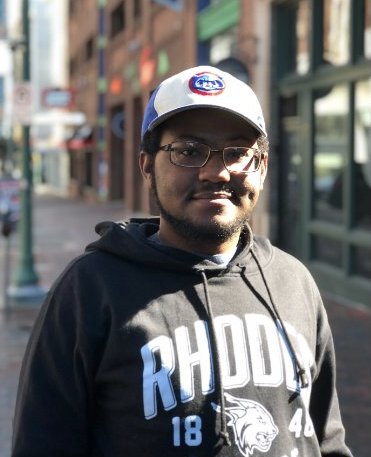 My days now consist of waking up at noon, wandering around the house looking for something to clean, maybe watching some Netflix, and then going to bed. I don’t think I realized that when I stepped off campus for spring break it would be the last time that I would see some of my friends. Over the past few days, I have said too many premature goodbyes and shed too many tears.

I’m angry but without direction. The night after the announcement I found myself sitting on my front porch and involuntarily shaking my fist at the night sky. As if that would solve the situation. For many of us, the loss of power is the most devastating. My generation marches. We speak our minds and make sure that we are heard when we feel the sting of inequality. But unlike many of the transgressions we have lived through in our time, we cannot stop what is happening, at least not in the ways we are accustomed to using. There is no street that we can march down, no organization to protest, and no politician to oust. COVID-19 does not care about gender, race, or sexual orientation.

Online classes will be starting after spring break. While no Rhodes seniors are in danger of not graduating because of this, it will not be the same. Not at all. Though Rhodes’ commencement remains up in the air, there will be no regaining the feeling that we would have shared leading up to May.

There is a surreal feeling to find myself living through this moment in history.

The memories that we wanted to make with our friends are gone before they happened. Some of my friends have already left the city and more than likely, I won’t see them again. While I would have been saying the same thing in May after graduating, the abrupt ending feels bittersweet. I didn’t want to say goodbye to them as they scrambled to pack their dorm rooms into their cars. I wanted to hug them as we crossed Rhodes’ campus one last time. Rhodes is a special place in that it’s just small enough that no matter where you go, you will always run into someone you know. It was not uncommon to have classes with your friends or to have the same professor for three years. So, to have those people ripped away without warning is something that I and many of my friends weren’t ready for. It feels like losing family.

I’m not afraid of COVID-19 personally, and to be honest most of my friends aren’t. We’re young, most of us have no pre-existing conditions, and all of us are lucky enough to have health insurance. It’s likely I will catch the virus. Potentially, I will be one of the asymptomatic people. What I am afraid of is what comes after. The economy is more imperiled than at any moment in my memory, and not many places are keen to hire in the middle of an epidemic. At best I have enough money to cover my rent through May. After that, I will be like many other graduating millennials who will find themselves potentially without a job.

Despite the warnings from family and friends, I took a trip to Kroger the night after the federal government declared a state of emergency to attempt to buy some Sour Gummy Worms, my choice comfort food. I was lucky enough to grow up with the veneer of luxury and quantity, so I wasn’t prepared to see shelves picked clean and people fighting over pallets of bottled water. I don’t know what to do if I run out of food. No one ever taught me how to handle that and I’m scared to think of what to do if, or when, that situation comes. I’m scared for my grandparents who both are too stubborn to go to the doctor if they get sick. My grandfather is especially at risk. I live 300 miles away; if the worst were to happen, I’m unsure if I could afford to go home. COVID-19 doesn’t scare me, but the impacts that it has had on my life do.

There is a surreal feeling to find myself living through this moment in history. During a conversation with my mom, it dawned on me that one day I’ll be able to ask people what they did during their COVID-19 quarantines. I was born too young to remember the 9/11 attacks, and although I grew up with stories of the civil rights movement from my grandparents, I never felt connected to that moment. My generation has never really had a defining moment. Though many of us remember the death of Osama Bin Laden, the Paris terrorist attacks of 2015, or the election of Barack Obama, no event in our adult lives has affected the world in the same way that COVID-19 has. Now history is unfolding before our eyes and we are being forced to watch.

Matthew Harris, originally from Nashville, is an English major at Rhodes College, with a concentration in creative non-fiction. A recipient of the four-year Bonner Scholarship, awarded to only 15 students annually, he is an intern with the editorial departments of Memphis magazine and Inside Memphis Business.

COVID-19: What to Know If You’re Planning to Travel